Why take advice from us?

We're a team of culinary experts with backgrounds in science, engineering, and technical writing. We do extensive research on every topic we write about and extensive testing on every product we review. Our goals are to teach you about products so you can find the best fit for your kitchen and to help you become a happier, more confident cook. 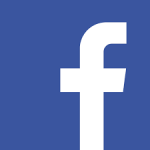 The Rational Kitchen is a participant in the Amazon Services LLC Associates Program, an affiliate advertising program designed to provide a means for sites to earn advertising fees by advertising and linking to Amazon.com.

We are a reader-supported site and never take any money or free products for reviews, ever.

Hestan Cue: Can it Really Make You a Better Cook?

The Best Nugget Ice Makers (for Sonic Ice at Home)

The Best Water Filters to Buy (And Why You Need One)

Carbon Steel Vs. Stainless Steel: Which Is Better for Cookware?

Viking Cookware: As Good as All-Clad (Or Better)?

The Vollrath Mirage Pro is better than most other portable induction cooktops (PICs) on the market. But is it worth the higher price?

What sets it apart? What makes it so much better than other PICs (even some that cost hundreds more)?

Read on to find out the pros and cons of this amazing portable induction burner.

CHECK OUT THE MIRAGE ﻿PRO﻿ ON AMAZON NOW!

The Mirage Pro At a Glance (Comparisons)

Here's a table comparing the Duxtop 9100MC (one of Amazon's most popular consumer-grade PICs), the Mr. Induction 183C (another commercial-grade brand), and the Vollrath Mirage Pro:

Note: Comparison table may not be visible in mobile view.

*This is the official temperature range, but most induction cooktops will get hotter than this--up to 500F or so.

For the price, the 9600LS is a great PIC. With 20 power levels and 20 temperature settings, it has more than almost every other PIC under $100. If you want an inexpensive PIC, the 9600LS is one of the best options available. (See our review of Duxtop Induction Cooktops for more info.)

The Mr. Induction PIC is another commercial model, so its build quality is closer to the Mirage Pro, but notice that the power and temperature controls are closer to the Duxtop 9600LS.

In fact, no other PIC on the market, and not even many full-sized induction cooktops, can boast 100 power levels, or a low heat level of 80F. Add to that the excellent build quality, large coil, and manual control dial, and you can start to see what makes the Mirage Pro such an excellent PIC.

This section provides a quick lesson on how induction works. You can skip to the next section if you don't need to read this.

How Does Induction Cooking Work?

This 30 second video from Vollrath quickly explains the induction concept:

What Is Heat Pulsing and How Does It Work?

You don't have to understand all the technology behind heat pulsing, but you do have to know that this is how induction works, because:

The ability to pulse heat well is what sets an expensive induction cooker apart from an inexpensive one.

Inexpensive PICs pulse mainly full blast or off, full blast or off. So they'll run at their full 1800 watts until they reach the set point, then they shut off (0 watts). When the temperature falls below a certain level, they switch on full blast again to achieve the setting, which usually results in overshooting the setpoint again, shutting off to cool down, and so on until they hit the setting. Then they shut off, and the cycle continues. 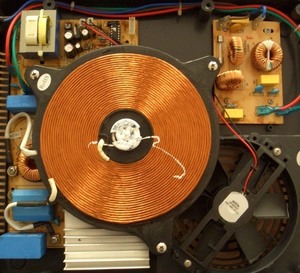 The more expensive PICs (and full-sized induction cooktops) have "smarter" electronics than this. They can blast heat just as quickly (probably more quickly), but when they get close to the set point, they lower the rate of pulsing, and/or adjust the wattage level of the pulsing, rather than just shut off and switch back on again when the temp goes too high or falls too low.

This is why with cheaper units, you get a lot of scorching of food and the inability to hold a simmer--the full blast/off, full blast/off cycle makes it almost impossible to hold a precise cooking temperature without wild fluctuation--especially at low temperatures.

So, what's the upshot? If you simply want a PIC that gets very hot very fast and you don't care about a lot of precision, any PIC will do and you shouldn't spend more than $50-100. (And this is certainly a nice thing to have, even if you use it primarily to boil water or heat up leftovers.)

On the other hand, if you want something that can hold a constant temperature without scorching, particularly a low temperature, you're going to have to spend a little more than that. For temperature precision, the Mirage Pro is your best bet by far.

The biggest difference between an inexpensive PIC and the Mirage Pro is that the Mirage Pro can hold a constant setting without vast fluctuations which result in scorching or other undesired results--even at very low temperatures.

Portable induction cooktops have a number of advantages:

Portable induction cooktops also have some cons, including: If a magnet sticks to the bottom, the pan will work with induction.

Check out Induction Cooktop Pros and Cons for a more detailed discussion about the good and the bad of induction cooking.

Can Induction Cooking Be Dangerous?

As far as safety in the kitchen, induction is hard to beat; in fact it's the safest cooking technology known to man. But there are a few other areas of concern: 1) Pacemakers, and 2) Electromagnetic radiation.

Some pacemakers can be affected by the magnetic operation of an induction cooktop. This isn't because induction cooking is dangerous; it just has to do with the frequencies of the pacemaker and the cooktop.

Most pacemakers are NOT affected by induction, and of those that are, the pacemaker typically has to be in extremely close proximity to an operating burner to be affected.

Nevertheless, if this is a concern for you, consult with your cardiologist before purchasing an induction burner. It is always better to be safe than to be sorry. For a detailed discussion on this topic, see Is Induction Cooking Safe?

What Features Should I Look for in a Portable Induction Cooktop?

Here are what we consider the most important features of a portable induction cooktop:

The Mirage Pro has all the best of the features in the table above, plus some great extras.

These are the features listed on the Vollrath website:

You're not going to find these last two points on Amazon or even on the Vollrath website unless you really dig. Why aren't these excellent features highlighted? You'd think Vollrath would shout it from the rooftops, that the Mirage Pro is better than other PICs by a few orders of magnitude.

Maybe Vollrath assumes that people aren't savvy enough to understand how cool these features are. Or maybe they think 100 settings is enough to get people's attention.

In any case, the Mirage Pro is pretty much in a class by itself. You may not understand all the technology, but you understand enough to know how cool this PIC is, and how different from other PICs on the market--even other commercial PICs.

CHECK OUT THE MIRAGE ﻿PRO﻿ ON AMAZON NOW!

The Mirage Pro has a super easy user interface, with just three buttons, a knob, and a digital display:

The Control Dial is awesome! It's an old school, manual control that changes settings almost too fast. If you're in Power mode, it zooms from 1 (lowest) to 100 (highest). If you're in Temperature mode, it goes from 80F up to 400F in 10-degree increments.

It doesn't get much simpler than that. And if you use it for the same thing every day, the memory is a really nice feature.

This diagram from the Mirage Pro user manual shows features and operation of the control panel: A Word About Temperature Control

With all this emphasis on low-end temperature control, it's probably important to talk about it in a little bit more detail.

First of all, when and why would you want to use temperature control? The best example is when you want to hold something to a simmer. If you simply set the power level to a low setting, the PIC will continue to get hotter, just at a slower rate than if it were at a higher setting. So if you want to keep a pot at a low simmer--just under the boiling point, for example--setting the unit between 140-200F will do a better job than if you set it to a low wattage.

One of the problems with using the Temperature settings on PICs is that the temperature sensor is buried beneath the glass surface of the unit. Add to this the fact that the pan, not the burner, gets hot, and you see that the sensor has to read through a few layers. By the time the setpoint temp gets down to the sensor, the burner has already gotten too hot.

On cheap PICs, this adds greatly to the overshoot/undershoot problem: the sensor reads the temperature and turns the pulsing off. Then, by the time the sensor figures out it's cooled down way too much, it turns the pulsing back on. (Remember: full blast/off is often the only control option on inexpensive PICs.) The result is a very uneven heating cycle that produces a full boil, then no boil in turn rather than true simmering.

It's really quite impressive--and if you plan for that extra 10 degrees when you use the Temperature setting, you'll get stellar results.

The best way to achieve a constant temperature setting is to start the Mirage Pro on the Power setting and switch to Temperature Mode after it's warmed up. This will ensure minimal overshooting/undershooting of the desired temperature. This is so because in Power Mode, it's not as reliant on temperature feedback to reach equilibrium.

Pros and Cons of the Mirage Pro

The warranty might be a deal breaker for some people, and this makes sense. But there is a workaround: Buy the extended warranty from Amazon.

As long as you buy an extended warranty from the seller, you will have some coverage in case anything goes wrong.

The Vollrath Mirage Pro 59500P is a superb portable induction cooktop. It is vastly superior to everything else in its price range.

Help other people buy wisely, too! Please share this article: This site uses Akismet to reduce spam. Learn how your comment data is processed.

Check the articles below

If you haven't yet learned the simple art

Mauviel is best known for their beautiful copper,